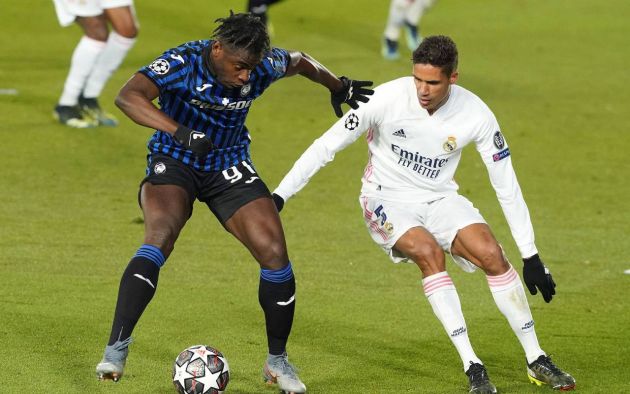 The Red Devils have long been linked with the France international, with a new defender making sense as a priority for Ole Gunnar Solskjaer this summer.

Varane would be a much-needed upgrade on the likes of Victor Lindelof and Eric Bailly, and ESPN now suggest a deal is edging closer to going through.

Man Utd are said to have been given encouragement to negotiate a deal, according to the report, with Real Madrid open to discussing a fairly reasonable fee for Varane.

United fans will hope this goes through as soon as possible, with Varane likely to make a big impact at Old Trafford if he does join.

Raphael Varane looks closer to a transfer to Manchester United

We’ve seen how important the right defensive signings can be in recent times, with Virgil van Dijk’s arrival at Liverpool in 2018 perhaps the best example.

Manchester City also benefited hugely from bringing in Ruben Dias from Benfica last summer, as they went on to pip United to the Premier League title.

If Varane does end up joining MUFC, it could be a key part of the puzzle to get them winning major trophies once again.