Fred is preparing for the Copa America final with Brazil after starring for his nation throughout this summer’s tournament. 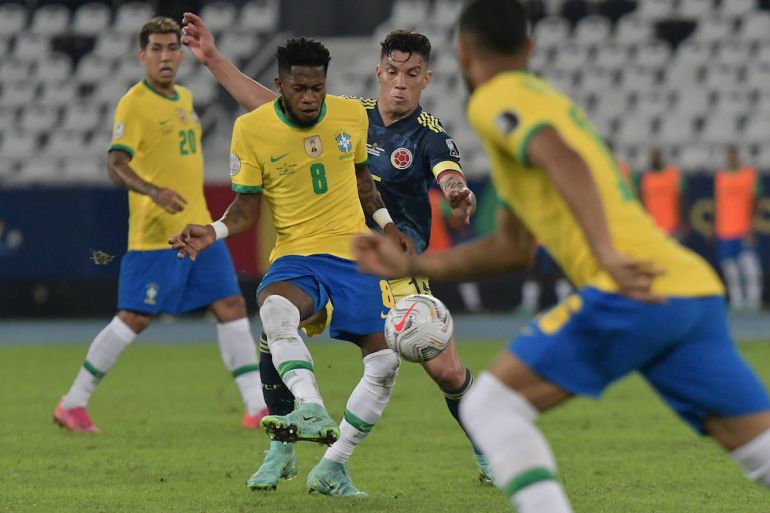 Brazil face rivals Argentina in the final to be played at the Maracana, which kicks off at 1am UK time on Monday morning, so if you happen to be up celebrating the outcome of Euro 2020 it will be worth a watch.

The Manchester United ace provided an assist for Neymar during the earlier stages of the Copa America, and it may surprise a few fans to see his role on the international stage.

Ahead of the final, Michael Carrick has paid tribute to Fred in an interview on ManUtd.com, saying: “It’s terrific for Fred, full credit to him, he’s worked ever so hard.

“He’s such a great personalty and character. He’s had to work hard here to establish himself.

“It’s a huge game obviously in that part of the world and hopefully he can do what he’s been doing, win a trophy as well and we can have four boys coming back with a spring in their step ready to hit the season hard.”

The 2019/20 campaign ended in disappointment after Manchester United fell at the final hurdle in the Europa League, losing in Gdansk to Villarreal on penalties. It would be great if some of the lads came back for the new season after winning a trophy during the summer — to give them a taste and want for more.

It’s going to be difficult for Fred to get as many games next season if United sign a midfielder this summer. A good run in the Copa America will do nobody harm, though.

From everyone at Stretty News, we wish Fred all the best against Argentina!