Tahith Chong experienced a mixed season away from Manchester United. 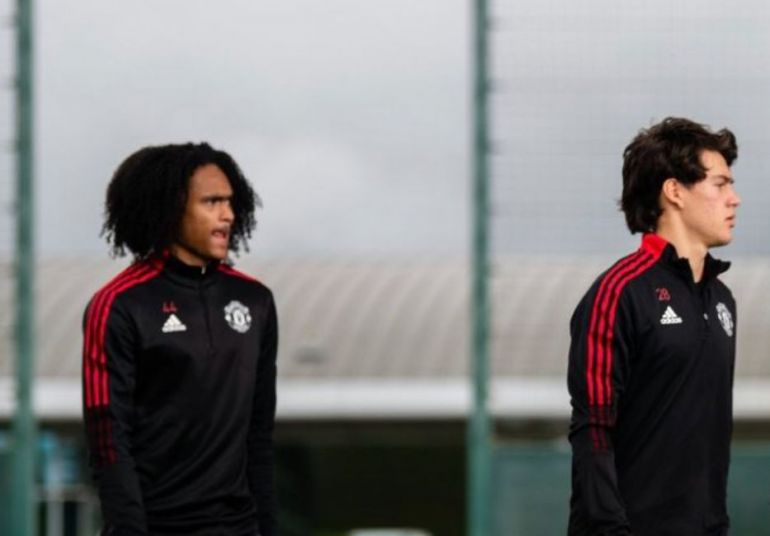 Next summer the Dutch winger will be a free agent and he is up against it to make it in the first team.

Chong, 21, was loaned out twice last season – first to Werder Bremen where he managed 15 appearances, before being sent to Club Brugge in January. He played just 13 matches for the Belgian side, where he fell out of favour despite a promising start.

He’s back and the imminent arrival of Jadon Sancho will only make life more difficult for the youngster, not to mention recent recruits Amad Diallo and Facundo Pellistri, who were also pictured at Carrington yesterday.

On the left, he has not only Marcus Rashford and Paul Pogba but Anthony Martial to compete with… as things stand.

Check out pictures from yesterday’s training session at Carrington below:

📸 | Some of the boys are back, Pellestri Chong and Garner return after their loan spells #MUFC [@ManUtd] pic.twitter.com/7PNlUn1Oxe

Brandon Williams is spotted too, amid claims Southampton are trying to sign him on a season-long loan