Ole Gunnar Solskjaer will have been happy with his Sunday after watching his side claim their first victory of this year’s pre-season. Preparations have been disrupted by the absence of several first-team players but a makeshift side with plenty of youth got the job done at Pride Park. 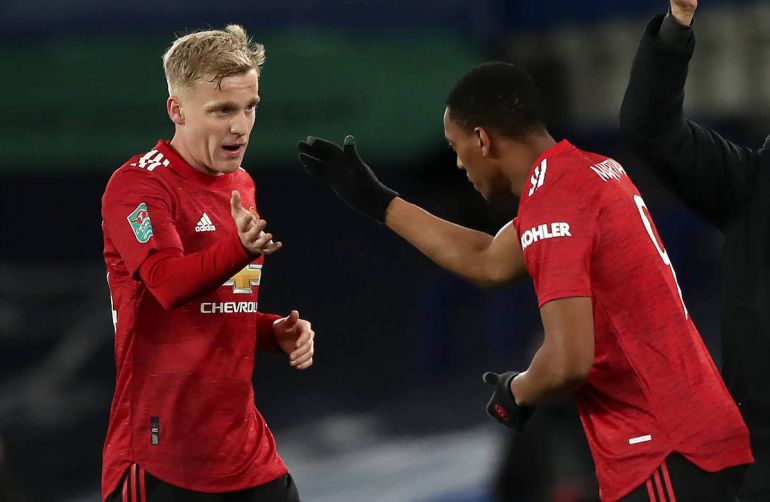 A whopping 23 players featured in the win over Wayne Rooney’s side but supporters have noticed two notable absentees in training pictures since the squad returned earlier this month.

Anthony Martial has been sidelined since March with a knee injury and even missed this summer’s European Championship due to the problem. Solskjaer was optimistic about Martial’s chances of featuring in May’s Europa League final against Villareal but almost two months later, the Frenchman is still not fit enough to take part in training.

Donny van de Beek was originally named in The Netherlands’ 26-man squad for the same tournament but was forced to pull out before it began with a groin issue. Both players also missed Sunday’s pre-season curtain-raiser against Derby.

But Ole Gunnar Solskjaer has now confirmed that Martial and Van de Beek are set to return to training in just over a week, as per The Athletic journalist Laurie Whitwell. The Norwegian boss did not specify whether the same injuries are still bothering the pair or if extended breaks have been granted.

The news will be welcomed by Solskjaer, who was limited to very few first-team regulars in the game against Derby.